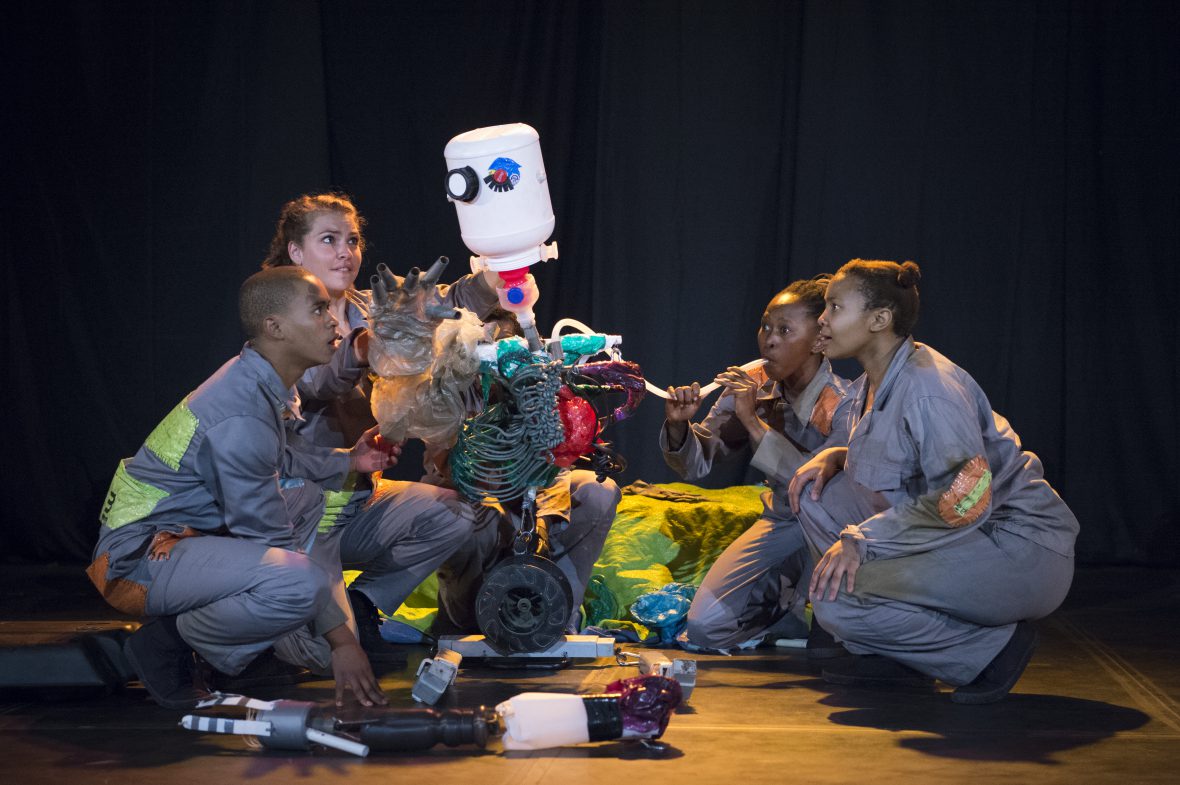 We are an established touring theatre company creating fresh, homegrown productions for young South African audiences around ecological themes. For over a decade, the company has been at the coal-face of Theatre for Sustainability. Throughout that time, it has been our aim to try and translate the most pressing eco-social problems of our times into theatre that is imaginative, entertaining and accessible and that avoids being preachy.

Well Worn’s more notable productions include ‘Planet B’, directed by Helen Iskander which toured nationwide from 2011 to 2013. In 2014 the company produced ‘The Baobab’, an international cross-cultural collaboration with SEKA and Jungle Theatre companies that culminated in a site-specific performance in the Makhanda Botanical Gardens and won the company a Standard Bank Ovation Award. ‘Rat Race’ (2015) was produced with assistance from ASSITEJ SA as part of an incubation programme to create work programmed specifically for very young audiences. ‘Rat Race’ continues to tour pre-schools and festivals, and has picked up a second Standard Bank Ovation Award for the company as well as a Naledi nomination along the way.

Most recently, Well Worn has been engaged in a three-year touring play project generously funded by the National Lotteries Commission. This project has seen the company create three original productions for young audiences namely the Naledi-nominated ‘Plastocracy’ (2017) directed by Kyla Davis, ‘Galela’ (2018) directed by Thembela Madliki and ‘Burning Rebellion’ (2019) directed by Joni Barnard.